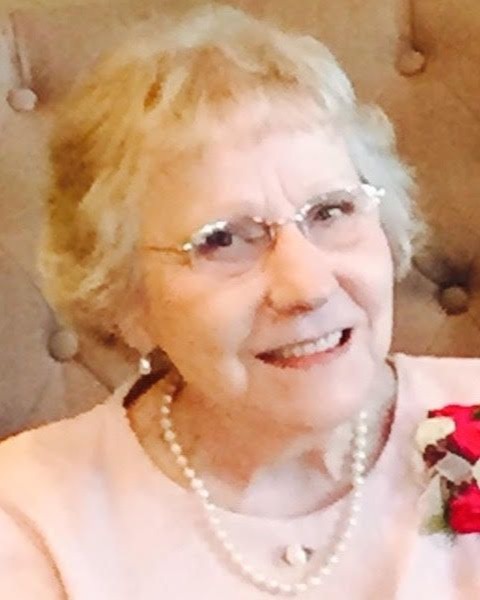 Carole was a devoted daughter, sister, wife, mother, aunt, grandmother, mother-in-law, daughter-in-law and sister-in-law. She married her husband, Carl, in 1968 and had a daughter, Cindi, and a son, Craig. The family moved from Onalaska, WI to Ankeny, IA in 1978 where she and Carl lived together in the same home until his passing in 2020. In 2021, Carole returned to Wisconsin to be near her extended family, many of whom still reside in La Crosse.

Carole was born in La Crosse, but grew up in La Crescent, MN as the second youngest of 11 children. Carole’s father, Helmar Anderson, passed away when she was only four years old. Her mother, Alvilda, was a source of inspiration and role model for Carole. Even when Carole and Carl moved to Iowa, Carole would return to La Crescent every holiday to visit her mother.

Carole loved being among her big family. Her photo albums overflow with pictures taken at family reunions and on trips with her sisters. Carole was never brasher than when laughing with her sisters.

Carole was a devoted and loving wife to Carl. They met while they both worked at a garment factory in La Crosse. Besides raising two children, they shared many hobbies from gardening and DIY home improvement to dining out and birdwatching. In retirement, Carole and Carl were inseparable, and Carole was heartbroken with the loss of Carl nearly two years ago.

Carole was a loving and caring mother. As many middle-class families do, Carole and Carl worked hard to provide for their children. Carole was a good cook and a great baker. She spoiled her children with after dinner desserts almost every night. Carole was ever proud of her children, and just like her mother, Carole was a kind and welcoming mother-in-law, as well.

Carole was an adventurous traveler. Cindi planned numerous vacations with Carole, traveling all over the country from Boston and Cape Cod to the north shore of Minnesota, and from Las Vegas and the Grand Canyon to San Diego and the Pacific Ocean where her brother Junior lived and niece Christine still resides.

Carole was a giving friend and neighbor. As soon as she was old enough to sew, she was mending and hemming any number of garments for family, friends and herself. She belonged to a quilting club in Ankeny and enjoyed making quilts and blankets to gift for graduations, weddings and baby showers. After moving back to La Crosse last year, she enjoyed many hours with her sister, Shirley, sewing any number of items.

Carole worked at three different occupations though her life. She started working in the garment factory doing sewing for the US Government, but left work when she became pregnant with Cindi. She returned to work years later working in the kitchen at her children’s school which allowed her to be present when her children returned home. Her last job was working for the Maurice’s Distribution Center in Johnstown, IA from where she retired in 2010 - the same year her granddaughter was born.

Carole truly loved being a grandmother, as did her mother before her. Craig honored Carole by naming his daughter, Anderson, Carole’s maiden name. Carole doted on “Ande”, who could do no wrong in Carole’s eyes. Carole would spend months at a time in her retirement visiting Ande in Ohio and baking all those desserts she used to make for her own children.

Carole is survived by her daughter, Cindi Broekemeier and her husband Ron of Maple Grove, MN; her son Craig, his wife Stephanie and their daughter Ande Nola of Granville, OH; her sisters Nancy Swenson and Shirley Kramer; her brother Myron and his wife Florence, and her sisters-in-law Mary Ann and Kathy, as well as many nieces and nephews.

Carole was preceded in death by her husband, Carl, father, Helmar, her mother Alvilda; her sisters Mary and Jeanne; her brothers Helmar Jr., Donald, Harold (“Buddy”), Kenneth and John.

In lieu of flowers, the family suggests memorials be made to the Mayo Clinic Foundation.

To order memorial trees or send flowers to the family in memory of Carole Marie Potaracke, please visit our flower store.