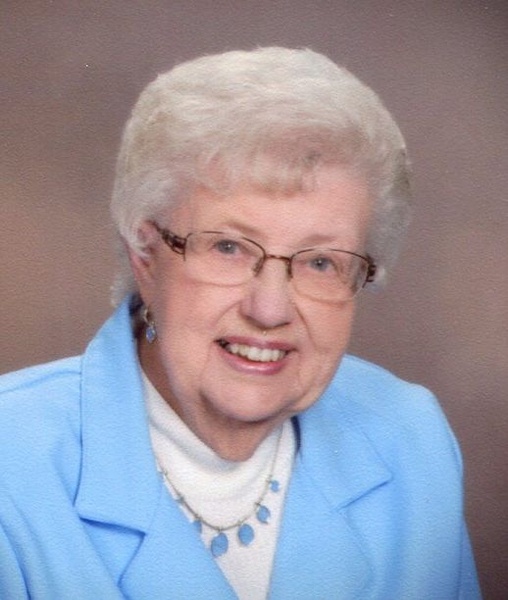 Edna Mae Larson, 91, of La Crosse, passed away peacefully at her home on July 27th, 2022. Edna was born on June 5th, 1931, to Walter and Esther Larson. Edna was baptized on September 6th, 1931, in Our Saviors Lutheran Church, of which she was a lifelong member. Edna married the love of her life, Rev. Walter O. Larson on May 18th, 1966. Edna loved to tell the story of never having to change her name, as her father and husband had the same name. Edna always had a story to tell and was so passionate in everything she did. Many hours could be spent talking with Edna, as she had an ear to lend and a smile (and a cup of coffee) to share.

Edna spent her life being a Pastor's wife, moving wherever Rev. Walter was called to serve. She loved involving herself in the church and its people. In 1978 Edna was named winner of the Joyce Bruss Fourth Quarter Nice ‘N Easy contest in Wisconsin. Edna was chosen by her co-workers based on her patience, temperament, and cooperation. Edna took so much pride in the happiness she brought to so many people.

Edna was preceded in death by her husband, Rev. Walter O. Larson, Her parents, Walter G. Larson and Esther Larson and a brother-in-law, Wayne Husman.

Services will be held at Our Saviors Lutheran Church, 612 Division St, in La Crosse on Monday August 8th, 2022, at 1:00PM.  A private lunch and burial will follow for immediate family.

To order memorial trees or send flowers to the family in memory of Edna Mae Larson, please visit our flower store.