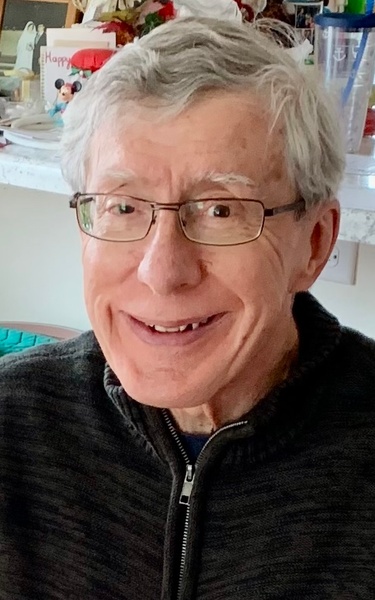 Lawrence “Larry” Stephen Weibel, 75, passed away  on Sunday, July 10 with his family by his side. Lawrence was born March 16, 1947 to Isidore Henry and Veronica Christina Weibel in La Crosse, Wisconsin. He was the fourth of eight children in his loving family. He graduated from Aquinas High School in 1965. He attended Holy Cross Seminary for two years and decided to pursue a psychology major and sociology minor at the University of Wisconsin- La Crosse.  He was hired in the Sears Manager-Trainee Program and worked at the Sears stores in Waterloo, IA and La Crosse, WI. He married his sweetheart, Colleen Anne Quillin on May 23, 1970 at St. Joseph the Workman Cathedral Catholic Church in La Crosse, WI.

In 1972, Lawrence began his career at St. Francis Medical Center. He began as a Unit Manager. Then transitioned to the Business Services Department. Larry’s true passion was helping others, so he completed his Master’s Degree in Pastoral Care Ministries at Saint Mary’s University in Winona, MN. He served as a chaplain at St. Francis Medical Center for many years giving his support to the sick and dying. He dedicated 47 years at Mayo Clinic Franciscan Healthcare.

Larry was an active and dedicated member of St. Joseph the Workman Cathedral Parish and became a lay minister for the parish in which he facilitated many home visits and communion calls.

Upon retirement, Lawrence and Colleen joined the Mary, Mother of the Church Parish. Larry served for many years in the vibrant parish ministries as a communion minister, New Life Choir member, Mens Club member, Mass Greeter, Catholic Christian Outreach facilitator, and as a chaplain at Benedictine Manor. Lawrence’s life truly demonstrated his strong faith in God by showing others compassion, dignity and respect.

Larry was a proud and loving husband, father, and grandfather. He valued his time out in his garden planting countless vegetables and flowers. There was always plenty of tomatoes and rhubarb to go around for everyone to enjoy. He loved traveling with his wife who he always called his sweetheart. They just recently celebrated a storybook-fifty-two years of marriage. Larry enjoyed having delicious meals with his entire family and became silly when it came to the grandkids always making them laugh. Larry has also been a loyal, dedicated Green Bay Packer and Milwaukee Brewer fan and sometimes people could hear him yelling at the television from a mile away. True Story!

Larry was a living saint working countless hours being there for people who were in need during their darkest hour. Larry was like no other and always served everyone with kindness and acceptance. People would say, they do not make them like him anymore.

The family wishes to extend their gratitude to the dedicated staff at Mayo Clinic Franciscan Healthcare and Hospice program.

To order memorial trees or send flowers to the family in memory of Lawrence "Larry" Weibel, please visit our flower store.