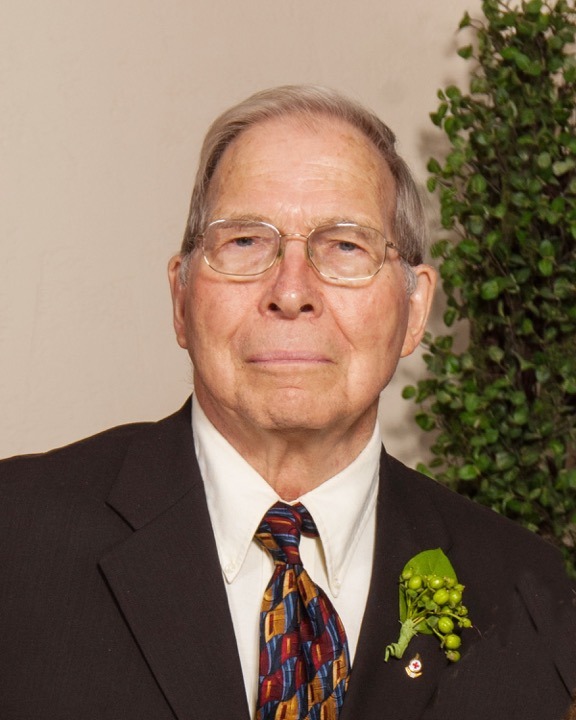 He was born Feb. 23, 1930, in East Troy, WI to the late Bauer and Leta (Mentz) Messerschmidt. He graduated from Whitewater High School.  He often shared stories of his time on the football team and his greatest high school memory of performing in plays.  Alongside his father, he worked the family farm until he left to serve our country in the US Army in 1953.

While at Fort McCoy, with a weekend pass he went roller skating (one of his favorite past times) in La Crescent, MN where he met his soulmate for life, Rita Simmerling. They were married on May 25th , 1957. During their 58 years together they raised 4 children, numerous foster children and any stray animal that showed up at their house.  Their home was often full of “extra” people, (foreign exchange students, “Up with People” performers, neighbors in need, and college students who craved a home-cooked meal), which brought them great joy.

Les and Rita enjoyed the arts and passed on that appreciation to their children and grandchildren. Les performed in several La Crosse Community Theater productions. There was no role he loved more than that of Charlie Cowell, Anvil Salesman, in the Music Man, which he played at the ripe young age of 76.

Les lived his life as a giver. He donated over 25 gallons of blood to the American Red Cross. His final gift of generosity was donating his body to the University of Wisconsin Madison for research of the condition from which he suffered, Inclusion Body Myositis.

Upon retiring from The Trane Company after 36 years of service as a highly skilled Machinist, Les began his second career delivering pizzas for Happy Joes Pizza where he got to do what he loved to do most, strike up a friendly conversation with total strangers on a daily basis.  Les loved to wash dishes and spent many hours telling stories and cleaning up after community events at church.  He loved to make toffee, cookies and peanut brittle for friends and family.  Les was a man of many talents and with his integrity and hard work ethic he could do anything!  Les was an avid Euchre player and passed his Euchre knowledge onto many novices along with his brilliant and inspirational Euchre words of wisdom.

He was the non-traditional husband/father, taking on roles traditionally performed by the woman of the household.  He was clothes and grocery shopper, chauffeur, cook, school volunteer and attended every event of all his children. He was proud of his status as the 1st father ever allowed into the delivery room at St. Francis Hospital, made possible because he asked.

Les was preceded in death by his parents, his wife Rita, his brother Merle Messerschmidt, sister-in-law Kathy Messerschmidt and his foster son, Mike Mitchell.

A special thank you to his “family” at Bethany Riverside Transitional Care who saw him through his most difficult years with great compassion and patience.

In lieu of flowers, donations may be offered to the La Crosse Community Theater or the American Red Cross.

To order memorial trees or send flowers to the family in memory of Leslie "Les" Dean Messerschmidt, please visit our flower store.