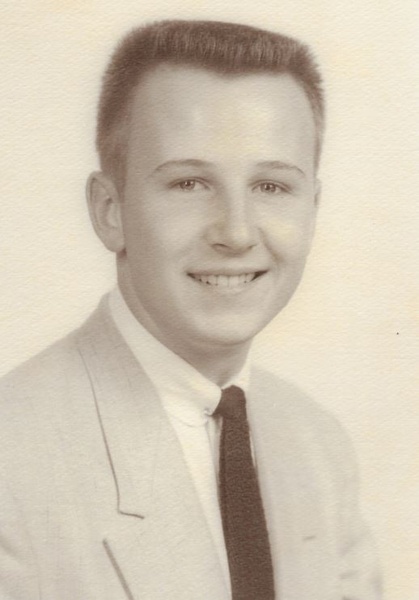 Michael F. Myers, 85, died Thursday, July 21 at Eagle Crest South in La Crosse. Mike was born on April 16, 1937 to Forrest and Veronica (Prill) Myers in Sioux Falls, SD. There he met the love of his life, Carmen Nessan, and the two were united in marriage in the summer of 1960. They were blessed with three children: Steven, Susan, and Shelley. Mike and Carmen were married for 58 years when Carmen passed in December of 2018.

Mike’s first vocation was architecture. His work can be seen in many schools, churches, professional offices, and community buildings in La Crosse. Mike went on to partner in other business ventures and he also owned a number of his own companies.

In his spare time, Mike was an outdoorsman. He made regular trips with friends and family to hunt in South Dakota and Canada. He inherited a cabin on Brice Prairie that his father had owned. Before his dad’s passing, he loved to jump in the boat with his dad and his decoys and spend the day hunting ducks. He enjoyed fishing and was a decorated trap shooter, however his first love was golf. He was part of a Tuesday foursome that played every week. The guys even held Tuesday “strategy sessions” at the Bluffside Tavern in the off-season, such was their love of the game and each other. He played often with his son and he loved to talk about their games together. When his health kept him from the course in person, he followed all the professional tournaments on the Golf Channel.

For many years, he was the coordinator for his “Lunch Bunch”, a group of friends who shared lunch weekly on Wednesdays. His friendships were important to him and it showed in the care he took to visit others when they were ill or dying. His friends were a great support to him, as well, after Carmen passed; especially his wonderful neighbor Zip and his dear friend, Mark.

In their younger years, Mike and Carmen would spend weekends on a houseboat navigating the Mississippi, running snowmobiles through the woods of Wisconsin, and joining group of La Crosse friends in Florida during the winter months. Friends were a great source of joy in their lives. We are so grateful for the love his friends showed to our dad.

Our Dad received excellent care at Gundersen Health System, especially in the last few months of his life. Although he only resided at Eagle Crest South for a month, he made an impression on his caregivers and expressed his gratitude for the care he received from them. We are very thankful for all his wonderful caregivers.

Mike is survived by his children, Steven (Julie) Myers, Susan Brown, and Shelley Noelke; grandchildren, Daniel (Jennifer) and Laura Myers, Jason Myers and Sophie Brown, and Hannah Noelke; great-granddaughter, Elora Lewis; a sister-in-law, Marie Nessan and brother-in-law, Roy Boeser, as well as other extended family and friends. He was preceded in death by his wife, Carmen Myers; parents, Forrest and Veronica Myers; and his sister, Patricia Boeser.

The Mass of Christian Burial for Mike will be held at 10:00 AM on Saturday, July 30 at St. Joseph the Workman Cathedral of La Crosse. Visitation will take place in the gathering space at the church beginning at 9:00 AM until the time of Mass. Inurnment will be held at La Crosse Catholic Cemetery following Mass.

In lieu of flowers, memorials may be directed in Mike’s honor to the charity of your choice.

To order memorial trees or send flowers to the family in memory of Michael F. Myers, please visit our flower store.