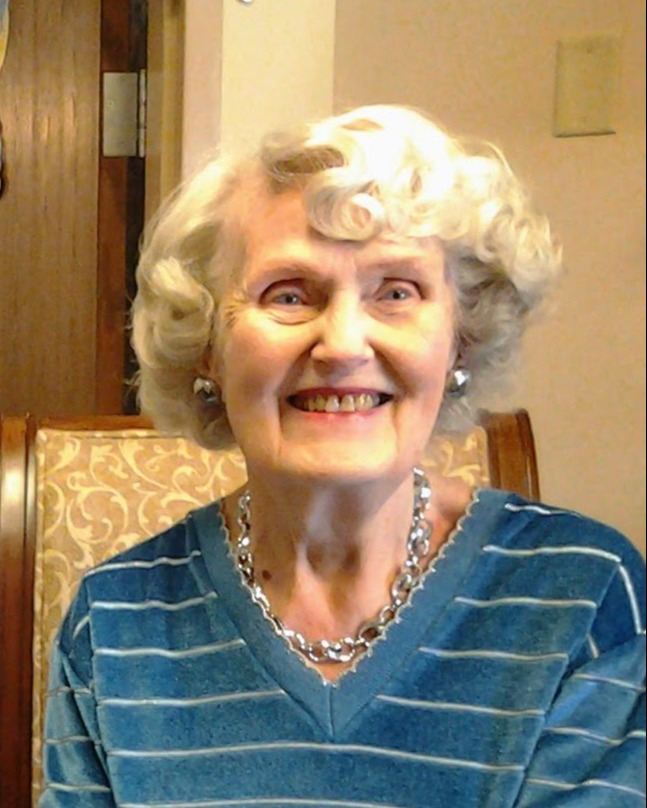 Patricia Ann Kimball of La Crosse was born the only child of Leroy and Hazel (Orwell) Kimball on February 11, 1926. She passed peacefully to her heavenly home on October 19, 2022, at the age of ninety-six.

Pat lived in Cicero, Illinois when she was a young child until her father died after an automobile accident. Pat and her mother then moved to her grandmother’s home on Caledonia St. in La Crosse. Pat graduated from Aquinas High School. She worked at Montgomery Wards for 30 + years in downtown La Crosse, WI. After retirement, she volunteered at Mayo and Gundersen Clinic. Pat chose to maintain her independence throughout her life and chose to be single. She did not drive and depended on the city of La Crosse buses for transportation. During her travels on the bus, she met Steve who was her bus driver. Steve and his wife Mary eventually became good friends to Pat and helped her throughout her life. Pat met another friend, Joan, in her later years through Causeway Caregivers. Both were blessed to share a meaningful friendship for several years. One of Pat’s favorite outings that they shared was having a fish sandwich and orange soda while overlooking the Black River. Pat also enjoyed feeding the birds and giving her favorite squirrel, Nibbles, special treats every day. In November of 2021, Pat decided to move from Caledonia St. to where she could have more support and make new friends at Onalaska Care Center. She adjusted to living at Onalaska Care with grace and many people enjoyed her company. Pat was strongly committed to her Catholic faith and attended mass regularly.

A Funeral Mass will be held on Friday, October 28, 2022, at 11:00 AM, in St. James the Less Catholic Church, 1032 Caledonia St., La Crosse. Rev. Robert Letona will officiate with burial to be held in Catholic Cemetery, La Crosse. Family and friends may visit from 10:00 AM until the time of Mass, at Church, on Friday.

Fly free in eternal life “Grandma” Pat. You are loved and you will be missed.

To order memorial trees or send flowers to the family in memory of Patricia Kimball, please visit our flower store.