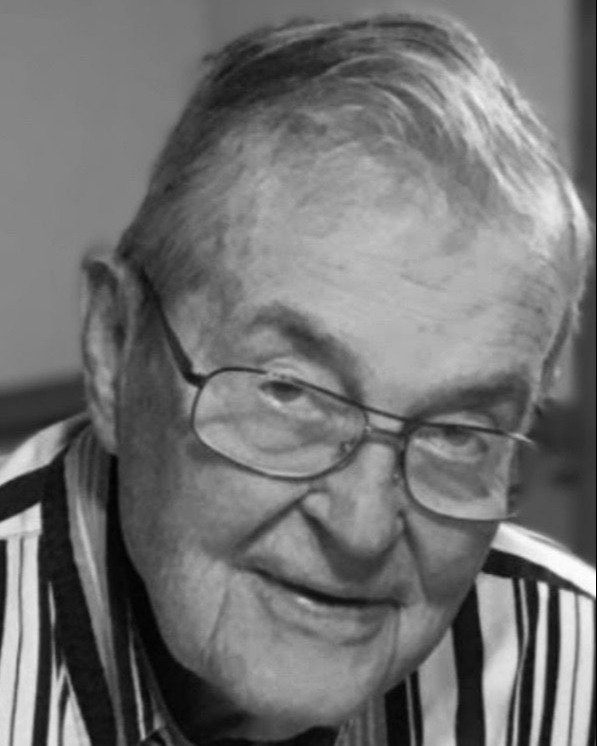 Robert was born January 21, 1927, in La Crosse to William and Helen Daley. He attended St. Joseph Cathedral Grade School and Aquinas High School. He studied accounting at the universities of Wisconsin and Southern Methodist. He served in the United States infantry during World War II. On May 14, 1949, he was joined in marriage to Marie Ann Kleinsmith. With love, faith, pride, and joy, Bob and Marie raised their seven children.

Bob was baptized into the Cathedral Parish as an infant and remained an active member in the Church his entire life. The myriad of organizations and committees he was involved in there and elsewhere include: the La Crosse Santa Claus Club, past President of the La Crosse Rotary Club. Here he was a Paul Harris Fellow and at the time of death, Bob was the oldest living past president of his Rotary Club chapter. He was past President of the Catholic Social Services Advisory Board, Chairman of the Wisconsin State Audit Committee for the Knights of Columbus, Knight of the Equestrian Order of the Holy Sepulcher of Jerusalem, past Director of the La Crosse County Taxpayers Association, past Grand Knight of The Knights of Columbus, past President of the La Crosse Sierra Club, and past Director of the Western Chapter of the Wisconsin Institute of Certified Public Accountants. He was a member of the American Institute of Certified Public Accountants, the Wisconsin Institute of CPAs, Minnesota Institute of CPAs, and the Michigan Institute of CPAs. Bob served for many years on the Board of Advisors at Viterbo University. He was active in numerous capacities with the National Association of Housing and Redevelopment Officials. For six years, Bob was a Director of the Associated Accounting Firms International, an association of 35 independent Certified Public Accounting firms with offices in most major cities in the United States, Canada, and the United Kingdom, pledged to improving the quality of service to clients in member CPA firms.

Bob was named “Veteran of the Day” for the Wisconsin Badgers-Miami football game that the Badgers won 58-0 on Sept 12, 2015. He was given box seats at the eighth-floor level across from the TV cameras. At halftime, he was called out on the field to face the cameras and flash the information onto the Jumbotron. He was introduced to over 80,000 cheering fans. In his ever-gracious manner, Bob accepted this honor in recognition of all veterans for all wars involving the USA.

Bob joined with Marie in many joyous celebrations, parties, and supporting activities with life-long friends Jim and Max Kroner, Steve and Marian Pavela, John and Helen Pavela, Hank and Ellen Funk, Bill and Dorie Stuber, and Dick and Betty Shimshak for over 75 years.

He was preceded in death by his beloved wife, Marie, and his parents, William and Helen Daley, brother Bill, Jr., and sister, Helen.

Special thanks given to the staff of St. Mary’s -Mayo in Sparta, WI and the entire Mayo Health Care System who took wonderful care of this terrific man.

A Funeral Mass will be held on Dec. 10, 2022 beginning at 10:00 am at St. Joseph the Workman Cathedral, 530 Main St., La Crosse, Wis. Monsignor Gilles will officiate with Entombment to be held in the St. Francis of Assisi Mausoleum at the Catholic Cemetery.  Family and friends may visit from 4:00-7:00 pm on Friday, December 9, 2022 at Blaschke & Schneider Funeral Home, 1501 West Ave. South, La Crosse, Wis., with a Rosary starting at 4:00 pm. Family and friends may also visit from 9:00 until the time of Mass at Church on Saturday.

Memorials may be made to St. Joseph the Workman Cathedral or Aquinas High School in La Crosse, WI or to a charity of your choice. Thank you.

To order memorial trees or send flowers to the family in memory of Robert James Daley, please visit our flower store.